Independent members of the Board of the LafargeHolcim Foundation share the conclusion of Michael Dear that walls don’t work. Photo courtesy Huffington Post.

Border fencing from the era of the 1990s Operation Gatekeeper, near Campo, California, USA. Courtesy: Michael Dear in Infrastructure Space by Ruby Press 2017.

Monument number 1 between El Paso and Ciudad Juárez, Chihuahua, Mexico, noteworthy for the absence of fences or walls. From the left, panel 1 shows the Casa de Adobe, the restored headquarters of Mexican Revolution leader Francisco Madero; panel 2, a bust of Madero; panel 3, a berm topped with a sign marking the international boundary; and panel 4, the ancient monument. Courtesy: Michael Dear in Infrastructure Space by Ruby Press 2017.

Considering current debates on the possible erection of a wall along the border of the United States and Mexico, the LafargeHolcim Foundation for Sustainable Construction would like to draw attention to an essay by urban geographer Michael Dear on the historical development of the borderland between the two countries – also against the backdrop that members of the Board of the Foundation consider the project to be profoundly unsustainable.

In April 2016, when the outcome of the presidential elections in the United States was unforeseeable, Michael Dear, Professor Emeritus in the College of Environmental Design at the University of California (Berkeley, USA), presented his research at the 5th International LafargeHolcim Forum for Sustainable Construction in Detroit, USA. His contribution was published recently in Infrastructure Space, a book inspired by the Forum and summarizing its findings.

The core argument of Michael Dear’s essay “Occupation and In-Between Zones: US-Mexico Border 1848 to Present” goes far beyond the technical aspects of constructing a wall to address the spatial and social intricacies of community-building on both sides of the divide, and focusses on “the shared identity, common history, and joint traditions of people” living in this region. Michael Dear makes the case that what appears today to be a clear-cut line between nations is actually a border-industrial-complex whose vast security apparatus extends deep into the territories of the United States and Mexico. What is purported to be merely the building of a wall is actually the reinforcement of a more diffuse and encompassing system of control, ultimately raising the question about ethical risks incurred for those willing to act on what seems to be a physical and technical mandate alone.

“A living symbol of intolerance”

Now that “The Wall” has become a topic on Washington’s agenda, it has triggered lively debates within the Board of the LafargeHolcim Foundation. Since its inception, the Foundation has insisted that sustainability must also live up to social criteria such as inclusion and equity – one of the five “target issues” for sustainable construction. The “target issues” serve the Foundation to identify, evaluate, reward and promote sustainability in construction in a holistic way.

This is why the independent members of the Board of the LafargeHolcim Foundation share the conclusion of Michael Dear that walls don’t work, and that their effects are, in many cases, unintended consequences. The Board members state that “not only the physical project but particularly the language and the arguments accompanying it have been violating the principles of our ‘target issues’ in a way that we consider the US-Mexican border wall to be a profoundly unsustainable project, a living symbol of intolerance and divisiveness – bar the root causes or the undeniable problems which often accompany illegal immigration.”

“Business leaders have to raise their voice”

The independent Board members do not think that businesses should systemically interfere with politics. But they warn that certain political actions can have consequences of major societal importance: “The days are long-past when businesses could say that as long as they conduct their affairs in a strictly legal way, the motivations, intentions and consequences of customer projects should not be their concern. When key values affecting fabrics of society and basic rules of international cooperation are concerned, business leaders have to raise their voice.” This is why they strongly recommend that the newly created Ethics, Integrity & Risk Committee of LafargeHolcim take up this issue.

The Chairman of the Board of the Foundation, Rolf Soiron, has initiated an active dialogue with Eric Olsen, CEO of LafargeHolcim. He said that if companies were to support such conceptions and the discourse of “The Wall”, they would probably participate in one of the most contentious projects of this type in a generation, and that they would create serious contradictions with the values the LafargeHolcim Foundation stands for.

What walls mean from Hadrian to Trump

He concludes that walls “remain practically rather useless barriers, rendered increasingly obsolete by new technologies like drones. Yet they clearly retain their psychological value as demarcations of a dream of purity, keeping out all those threats to self-identity.”

Read “What walls mean from Hadrian to Trump”

A collection of 25 essays inspired by the 5th LafargeHolcim Forum on “Infrastructure Space” will be launched in Berlin on Friday January 20,… 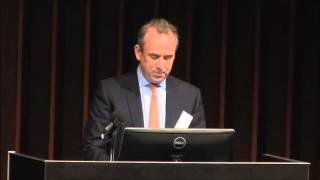 In his welcome address at the Forum 2016 on "Infrastructure Space", Eric Olsen, CEO of LafargeHolcim and Chairman of the … 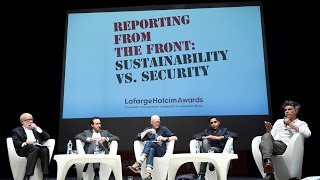 Michael Dear is Professor of the Graduate School at the University of California, Berkeley, USA and an Honorary Professor in the Bartlett...