Cooling is passive and energy-neutral and is done by natural ventilation, solar-powered fans, and water elements integrated into the architecture.

The greenhouse will provide a learning platform because it produces “knowledge in real time” about the condition of the soil and the air, about plant root growth, and about relative humidity.

“Everything we build can be part of nature” – Sheila Kennedy

With these water and energy concepts, Global Flora is designed to meet the requirements of the Living Building Net Zero Challenge.

Cooling is passive and energy-neutral and is done by natural ventilation, solar-powered fans, and water elements integrated into the architecture.
» Download high-resolution version (JPG, 1.83 MB)

The greenhouse will provide a learning platform because it produces “knowledge in real time” about the condition of the soil and the air, about plant root growth, and about relative humidity.
» Download high-resolution version (JPG, 639.26 KB)

“Everything we build can be part of nature” – Sheila Kennedy
» Download high-resolution version (JPG, 2.08 MB)

With these water and energy concepts, Global Flora is designed to meet the requirements of the Living Building Net Zero Challenge.
» Download high-resolution version (JPG, 544.96 KB)

The plants in the biomes range in size from smaller specimens in the arid zone to much larger plants in the humid climatic zone.
» Download high-resolution version (JPG, 1.10 MB)

Greenhouses have a very long history of providing microclimates for plants dating back to the Romans. Nevertheless, they can be completely rethought – as evidenced by the very ambitious project for a net zero greenhouse on a college campus.

In one of his works, the Roman writer on agriculture Lucius Iunius Moderatus Columella recommended covering plants with panes of glass in winter – essentially reducing the exposure to cold and harsh conditions using a greenhouse. From the 16th century, the princely houses of Europe boasted of their orangeries, and soon thereafter the advent of imported pineapple plants gave a boost to the development of greenhouses. The first greenhouse with underfloor heating was built in Amsterdam in 1682; supplemental radiator pipes heated the air. Industrialization ultimately enabled the construction of vast structures of glass and iron, some of which can still be admired today, such as at Kew Gardens in London. Greenhouses have great tradition.

Sheila Kennedy tends to question tradition and likes to develop new solutions to old challenges. Her education has prepared her well for this. She holds a Bachelor of History, Philosophy and Literature, studied architecture at the Beaux Arts Ecole National Supérieure in Paris, and holds a Master of Architecture from the Graduate School of Design at Harvard University. In 1990 she co-founded the practice Kennedy & Violich Architecture with Frano Violich. Sheila Kennedy has worked as a consultant to the United States Department of Energy, the National Academy of Sciences’ Government-Industry Partnerships, and the Vision 2020 National Technology Roadmap. In 2014 she and Frano Violich won a LafargeHolcim Acknowledgment Prize North America for one of their residential projects in Boston.

The new structure will replace the outdated and closed Ferguson Greenhouses on the Wellesley campus. The greenhouses were named after Margaret Clay Ferguson (1863-1951), a leading botanist of her time.

Ferguson was a student and later a lecturer at Wellesley College, a renowned women’s college. In 1929 she became the first female president of the Botanical Society of America, and she is recognized for her research on mushrooms, pines, and petunias. Realizing a project like Global Flora requires more than architectural expertise – it requires knowledge that architects typically don’t receive through their training. That’s why Kennedy & Violich worked with scientific specialists almost daily for four years: geologists, biologists, botanists, and the like. In this way, a broad pool of knowledge emerged – and this allowed the architects and the scientists to learn from each other.

Global Flora is scheduled to open in spring 2019 – not only for the scientific community, but also for the public. The greenhouse will provide a learning platform because it produces “knowledge in real time” about the condition of the soil and the air, about plant root growth, and about relative humidity – and not only for visitors on the premises but for anyone interested around the globe, thanks to the internet. Scientists around the world will surely welcome so much useful data provided by the bio-feedback sensor platform. It will allow biological processes to be tracked over long periods of time without requiring the constant presence of a researcher on site.

This project reimagines the greenhouse as a locally-sourced, low-energy building linking Wellesley College to the local community,... 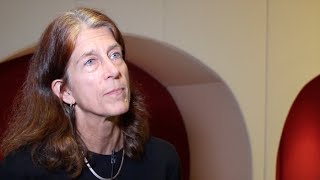 Sheila Kennedy is Professor of Architecture at the Massachusetts Institute of Technology (MIT), Principal of Kennedy & Violich Architecture,...