The 5th International LafargeHolcim Awards competition for projects and visions in sustainable construction closed at the end of March 2017. From a total of 5,085 entries by authors in 121 countries, 70% are valid and will be examined by independent juries in five world regions. The winners will be announced in the fourth quarter of the year, where seven Main Awards and four Next Generation prizes carrying a purse of USD 330,000 will be presented in each region.

The claim of the LafargeHolcim Awards to be the world’s most significant competition in sustainable design is underlined by the diversity of entries from across all regions: Asia Pacific counts for roughly one third of all entries, Europe, Latin America and Middle East Africa provided about 20% each, and almost 200 projects were submitted in North America.

The 5th Awards competition is the first one involving countries that joined LafargeHolcim as part of the merger of the two entities to form the world’s leading building materials and solutions company. This boosted the response to the competition, especially in Middle East Africa with countries contributing far more entries than ever before. Thanks to the support of the Partner Universities, Ambassadors and LafargeHolcim Coordinators of the Awards, the competition also fostered excellent results in other regions: with pronounced growth in entries from El Salvador, Poland, Slovenia, and the United Kingdom. A considerable increase in submissions also occurred in the Czech Republic, Ecuador, France, Germany, Indonesia, the Netherlands, Nicaragua, Morocco, Russia, Serbia, Spain, and Switzerland.

The LafargeHolcim Awards is the most significant global competition in sustainable design. It seeks leading projects of professionals as… 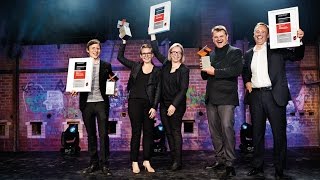