The winning team of the LafargeHolcim Awards Gold for North America celebrate in Chicago - their project for community-driven neighborhood planning in Detroit won the top prize for the region in the world’s most significant competition for sustainable design.

Winners of an Acknowledgement prize for the design of an All-timber high-rise load-bearing structure in Portland, Oregon (l-r): Thomas F. Robinson, LEVER Architecture and Anyeley Hallova, project^, both Portland, Oregon.

Georgina Baronian from Princeton University won the Next Generation 1st prize for a Prototype for a cooling roof.

Jason Heinrich, University of British Columbia, Vancouver, Canada - winner of the Next Generation 2nd prize for a Protocol for agent-based neighborhood transformation.

Sarah Gunawan, School of Architcture and Planning, University at Buffalo, NY - winner of the Next Generation 3rd prize for Retrofitting residential neighborhoods.

Gloria Lee of SwiftLeeOffice (SLO), Los Angeles, introduces the work of SLO including the new school building prototype for the Los Angeles Unified School District to replace several inadequate temporary structures. The project won the LafargeHolcim Awards Silver North America in 2011 and the LafargeHolcim Building Better Recognition for standing the test of time as a particularly successful example of sustainable building.

Kevin Daly, Founder Kevin Daly Architects, Los Angeles and Member of the LafargeHolcim Awards 2017 jury for North America introduces the winners of the Next Generation category for students and young professionals.

Geoffrey Baer, host of the legendary Chicago T program “Ask Geoffrey” welcomed the guests of the LafargeHolcim Awards ceremony to his city with a run-down of its 400 million year history in ten minutes. He started with the fossils of the region’s early inhabitant ammonites and rapidly brought all guests up to speed with what makes Chicago such an iconic city.

All prize winners of the LafargeHolcim Awards 2017 for North America.

Winners of the LafargeHolcim Awards Gold, Silver and Bronze for North America celebrate at a prize handover event in Chicago.

Chicago-based artbeatlive Elliott From on stage at the LafargeHolcim Awards.

David Michael Maas and Dania Kasseva of “QuickChange” entertained the guests of the Awards ceremony with a series of elegant ballroom sequences combined with a progression of dramatically colourful costume changes.

The winning team of the LafargeHolcim Awards Gold for North America celebrate in Chicago - their project for community-driven neighborhood planning in Detroit won the top prize for the region in the world’s most significant competition for sustainable design.
» Download high-resolution version (JPG, 12.58 MB)

Geoffrey Baer, host of the legendary Chicago T program “Ask Geoffrey” welcomed the guests of the LafargeHolcim Awards ceremony to his city with a run-down of its 400 million year history in ten minutes. He started with the fossils of the region’s early inhabitant ammonites and rapidly brought all guests up to speed with what makes Chicago such an iconic city.
» Download high-resolution version (JPG, 268.24 KB)

David Michael Maas and Dania Kasseva of “QuickChange” entertained the guests of the Awards ceremony with a series of elegant ballroom sequences combined with a progression of dramatically colourful costume changes.
» Download high-resolution version (JPG, 2.40 MB)

Sustainability has become a core principle of architecture and construction in North America. Winners of the LafargeHolcim Awards for Sustainable Construction presented in Chicago show how the leading edge of sustainable design means reaching far beyond “common sense”. Their approaches use proven instruments that are cleverly applied to improve the quality of life. So the world builds better.

The LafargeHolcim Awards is about more than just beautiful buildings. It stands out as the world’s most significant competition for sustainable design. The criteria of the USD 2 million competition are as challenging as the goal of sustainability itself. The competition is for projects at an advanced stage of design, not finished works. It seeks designs that go beyond current standards, showcase sustainable responses to technological, environmental, socioeconomic, and cultural issues affecting contemporary construction, and deliver new, surprising, and truly visionary solutions to the way we build.

No longer just a dream

In North America, architects, engineers, urban planners, and developers began to experiment with sustainable technologies and concepts very early on. Engineer Dominique Corvez, member of the independent Awards jury for North America, confirmed: “Around ten years ago, sustainable construction was commonly seen as adding solar panels to a building,” he said. “Now I can see sustainability really is a core principle of architecture.” Corvez also noted certain predominant topics among the prize winning projects in North America: They often aimed to sustainably improve the quality of life of less affluent people, or better the interconnection between nature and the built environment.

With its large team, studio[Ci] in Detroit is tackling one of the city’s greatest challenges: In a neglected district of the city, they want to create a community based on collective empowerment that functions as sustainably as possible. The community owned and managed infrastructure will include local energy and food production, water and waste management, while also strengthening civic empowerment. “Taking the pocket vacancies normally characterized as the biggest problem in Detroit, the design turns them into an opportunity to create a compelling sustainable neighborhood,” praised the jury.

High density or low density housing is prevalent in North America – but nothing in between. LWPAC + Intelligent City in Vancouver is filling the gap: A flexible-use passive house employing prefab wooden elements was designed that will give residents the greatest possible freedom and could become an icon of sustainable construction. The concept is so flexible that it can be used equally well for a single building or a large development. “The proposal is able to merge sustainability with affordability, focusing not just on components but systems in its concentrated effort to strive for net zero energy,” said the jury.

Kennedy & Violich Architecture in Boston designed a greenhouse that is much more than simply a climate-controlled envelope: It houses a preeminent plant collection, supports an innovative public education curriculum that integrates sciences, humanities, and the arts, and enables studies of plant form adaptations. The approach of using local materials and labor is particularly respectful of the environment. “Sustainable design is at the very core of the structure, form, and system. The project meets sustainability metrics as a matter of course and then goes much further to achieve a virtuosity of integration,” noted the jury.

In the regional LafargeHolcim Awards, four projects in each region receive an Acknowledgement prize. In North America, these prizes all went to authors in the United States. A team from the University of Arkansas Community Design Center in Fayetteville, AR, developed an urban watershed plan to improve an entire region in Conway, AR. LEVER Architecture and project^ in Portland, OR, designed a prototype high-rise completely made of wood for their city. Johnston Marklee in Los Angeles plan to renovate and expand the UCLA Graduate Art Studios in Culver City, CA, exclusively using sustainable materials and methods; and Terreform ONE in Brooklyn, NY, developed a modular-design farm for edible insects in New York City.

Four prizes were awarded in the increasingly popular Next Generation category for students and professionals up to 30 years. This category seeks visionary projects and bold ideas, and gives young professionals public exposure and a platform to gain recognition. The first of four Next Generation prizes in North America went to Georgina Baronian from Princeton University, NJ, USA. She developed a universally applicable roof design with a cooling function. Second prize was won by Jason Heinrich from the University of British Columbia in Vancouver, Canada, for a set of rules for establishing a sustainable urban neighborhood in the city of Vancouver. Sarah Gunawan from the University of Buffalo, NY, USA, received third prize in this category. She investigated the potential for people and wildlife to coexist based on an example in Markham, ON, Canada. Fourth prize went to Peteris Lazovskis of Harvard University in Cambridge, MA, USA. His experiments investigated climate control in buildings using the example of the Commonwealth Mental Health & Wellness Center.

From project to reality: Low-cost yet better schools in California

This is the fifth time the LafargeHolcim Awards competition is being conducted. Over the years, more than 200 projects have been awarded worldwide. More than half the winning projects have been built or are scheduled for completion soon. Thus, the LafargeHolcim Awards are not about “castles in the air” but about tangible measures that advance the science of construction. This aspect of tangible change is underscored by a prize that’s being awarded for the first time in 2017: the LafargeHolcim Building Better Recognition. It is awarded for a winning project from a previous competition cycle, one which has been realized and has stood the test of time as a particularly successful example of sustainable building.

The magnified interest among architects, engineers, urban planners, and developers proves that sustainability has become embedded as “common sense” in the construction industry. The fifth cycle of the competition attracted more than 5,000 entries from authors in 121 countries. 3,606 entries were deemed valid, and more than half of these passed the pre-screening phase. They advanced for qualitative assessment by five independent expert juries in the competition regions Europe, North America, Latin America, Middle East Africa, and Asia Pacific. The juries evaluated the projects based on the five “target issues” for sustainable construction set forth by the LafargeHolcim Foundation – principles which define sustainable construction in a holistic way. The Gold, Silver, and Bronze winners from each region will compete for the Global LafargeHolcim Awards in 2018. 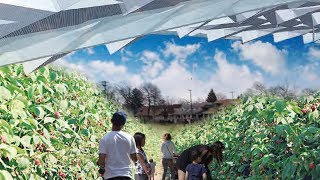 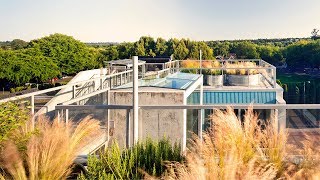 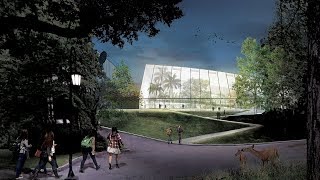 Net-zero greenhouse for Wellesley College, Wellesley, MA, USA - This project reimagines the greenhouse as a … 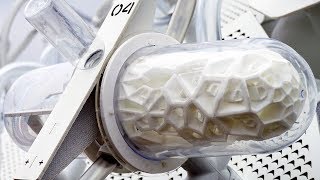 Modular edible insect farm, New York City, USA - This pavilion is a demonstration of an urban farming system that … 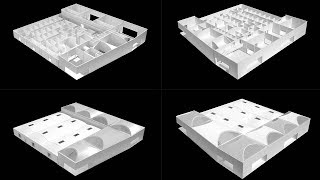 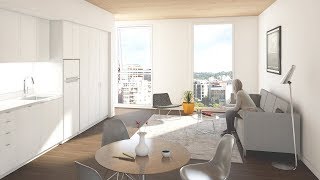 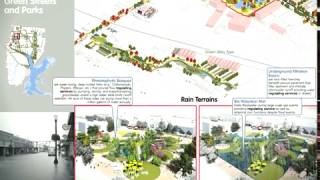