A large university campus is being created in Dhaka, using a low-tech approach that is bringing new modernity to the region. The site is polluted swampland that’s being transformed into a revitalized lake that will also serve the public as a recreational amenity.

Sixty years ago, Dhaka’s population was 500,000 inhabitants. Today, 18 million people live in the capital of Bangladesh. And the vigorous growth is continuing: The United Nations Department of Economic and Social Affairs predicts that 27 million people will live in Dhaka by 2030. But the city has almost no land left; in some areas the density exceeds 45,000 people per square kilometer – one of the highest rates in the world. The growth is not sustainable: 40 percent of the population lives in unhealthy conditions in ramshackle slums. 70 percent of the country’s sewage is dumped raw into lakes and rivers.

The poorest receive aid from organizations such as the Bangladesh Rural Advancement Committee (BRAC). The institution was founded in 1972 following the Bangladesh Liberation War and is now one of the world’ s largest NGOs. Originally, BRAC worked to improve people’s living conditions, especially by providing microcredits, but today the NGO focuses on promoting self-empowerment of individuals in many ways, including the BRAC University in Dhaka, which was founded in 2001. The university is one of the best in the nation. Until now, the student body of over 6,000 has been taught in various rented buildings. Because a new government policy requires private universities to operate a campus, in 2012 BRAC began planning a central permanent campus in Dhaka.

The problem with a construction project of this size in Dhaka is that there is hardly any adequate site available in the densely populated city. BRAC’s best option was to acquire several contiguous plots of a swampland within the city district. To master the challenge of building a new campus on this site, the NGO turned to WOHA Architects. The Singapore-based architectural firm is renowned for designing sustainable high-density buildings, with references including the Oasia Hotel Downtown in Singapore and The Met in Bangkok. WOHA master-planned the new BRAC University campus in collaboration with the German engineering firm Transsolar and the Bangladesh-based architectural firm J.A. Architects.

The design task was extremely challenging. The campus should accommodate some 10,000 students and provide social spaces for the students and the residents of the surrounding district as well. The swampland acquired by BRAC had been created when surrounding sites excavated the land to raise their adjoining sites – it’s not a natural swamp. It was then used for decades by the local population as a sewage dump and is heavily polluted. Because it lies at a low point within the local district, it serves as a collection basin and cannot be drained without increasing the risk of flooding in the neighborhood. The site also lacks a connection to the main road.

The architects answered the complex challenge with a spectacular 13-story university building that rises from the water. The drainage basin is to become a healthy, natural lake. To realize this, the architects enlisted the support of a hydrology consultant. The sludge will be dredged and indigenous flora planted. The endemic plant species and elimination of pollution will slowly but steadily create a natural ecosystem that will also provide habitat for animals. But this will also require the cooperation of the local residents.

Only if they cease to dump their sewage and garbage into the lake can such an ecosystem be created. They must recognize the value of a clean lake in the neighborhood and consciously choose other methods of disposal. To help the neighbors change their frame of mind, the prize-winning designers developed a concept for waste management on the campus that the neighborhood can use.

The inhabitants will be highly motivated to keep the lake clean – because it will serve them as a free recreational amenity. But the new lake and its natural surroundings will not be the only community space at their disposal. The entire lower part of the university building will be open to both students and the public, offering spaces for interaction, recreation, and informal study.

Read the full article: “Back to the future” in Fifth LafargeHolcim Awards – Sustainable Construction 2017/2018

Remediating a wetland and floating a new university above it, this project adds both open and built space to the city of Dhaka, Bangladesh. 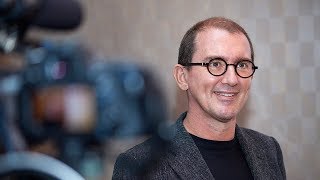