Two publications are dedicated to shining a light on the outcome of the regional Holcim Awards 2014; each from a very different perspective: While a special issue published by renown architecture magazine ‘A’A’ L’Architecture d’Aujourd’hui appraises a selection of  Holcim Awards prize-winning projects according to  the editor’s choice, the 17th issue of the Holcim Foundation’s magazine “Foundations” captures the festive mood at the five ceremonies which celebrated 62 awarded projects and their authors.

The special issue of ‘A’A’ L’Architecture d’Aujourd’hui features Selected Projects/Morceaux Choisis from the winners of the 4th International Holcim Awards competition for sustainable construction projects and visions. The examples show how attitudes towards sustainability have transformed and were selected and appraised by the Executive Editor and publisher of ‘A’A’, Antoine Vernholes, and architecture and design critic for the Financial Times, Edwin Heathcote. The Holcim Awards prize-winning projects show the importance of using sophisticated approaches that address both environmental performance as well as enhanced social, financial and aesthetic outcomes.

The magazine highlights the responsiveness of the competition to promote solutions to the contemporary challenges such as rapid urbanization at the edges between wealth and poverty, alongside robust projects in the context of slower economic growth. This multi-faceted view of sustainability demands a new and more symbiotic conceptualization of building lifecycles, infrastructure, resource management, and the application of technology and techniques.

‘A’A’ L’Architecture d’aujourd’huihas been instrumental in promoting the discourse and image of modern architecture since it was founded in 1930 and is one of the leading magazines of contemporary architecture. The journal examines movements of architectural thinking from a cross-disciplinary perspective, is published in French and English, and has an international readership of more than 75,000 per issue. It is read by leading architects, architecture critics, academics and is listed in Architectural Periodicals Index, Art Index, and Avery: see www.larchitecturedaujourdhui.fr

The Holcim Foundation’s magazine Foundations 17 features the best moments of the regional Holcim Awards ceremonies 2014 at which a total of 62 projects out of more than 6,100 entries were presented with Awards, Acknowledgement or “Next Generation” prizes. The prize-handover events took place in Moscow (for the region Europe), Toronto (for North America), Medellín (for Latin America), Beirut (for Africa Middle East) and Jakarta (for Asia Pacific).

Both publications can be ordered as hardcopy, downloaded as PDF, or viewed as a flip book at the Holcim Foundation website: 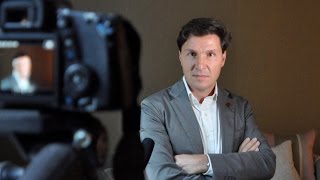 Video impressions: Antoine Vernholes and Edwin Heathcote comment on their analysis of the Holcim Awards 2014 prize winning entries: “I was glad to see that architects and landscape designers look beyond the design and straight into society and the economics of the way the world works,” Heathcote explains. A special issue of leading contemporary architecture magazine ‘A’A’ L’Architecture d’Aujourd’hui features Selected Projects from the winners of the 4th International Holcim Awards competition for sustainable construction projects and visions.