Stuart Smith is a Director of Arup, based in London.

Stuart Smith explains what sustainable construction means to him following the meeting of the Global Holcim Innovation prize jury in Switzerland.

Stuart Smith is a Director of Arup, based in London.
» Download high-resolution version (JPG, 373.82 KB)

Stuart Smith is a Director of Arup, based in London.

He is also a member of the Board of the LafargeHolcim Foundation for Sustainable Construction.

He leads one of Arup’s multi-disciplinary building engineering teams and works on a variety of projects in both the UK and internationally.

He leads a number of high profile projects including: São Paulo Cultural Complex Luz, Brazil, a Dance Theatre and School in São Paulo, Brazil; the Kolkata Museum of Modern Art, India; and the Miami Art Museum, USA (all in collaboration with Herzog & de Meuron), and Reforma 509, a tall tower in Mexico City (with KMD Architects).

He led the engineering team collaborating with the Serpentine Gallery, Herzog & de Meuron and Ai Weiwei on the 2012 Serpentine Pavilion in London that was presented as part of the London 2012 Festival, the culmination of the Cultural Olympiad.

He has broad experience including work on high profile building and infrastructure projects as well as on urban design master plans across the world, including collaboration with OMA, most notably on CCTV in Beijing, China. He is experienced on both traditional and specialist projects working with a variety of materials with specialist knowledge of concrete structures and sustainability.

He is interested in the field of new and innovative materials and techniques. As part of the 2014 London Design Festival, he helped build the Wikihouse, the world’s first open source, digitally-printed house. He is also involved in the Warner Stand at Lord’s, where Arup are pioneering the use of Tensotherm, a fabric impregnated with nanogel to provide high-thermal properties to a thin translucent roof covering, and niobium, an enhanced high strength steel, for the Reforma project.

He joined the Board of the LafargeHolcim Foundation for Sustainable Construction in 2018.

He was a concluding panel moderator at the 6th International LafargeHolcim Forum for Sustainable Construction on “Re-materializing Construction” held in Cairo, Egypt in April 2019.

The latest LafargeHolcim Forum for Sustainable Construction in Cairo was also attended by top managers of the Group. “It is key for us to engage and discuss with all stakeholders of society where construction and building materials will go…

The winning projects of the Global LafargeHolcim Awards 2018 from Mexico, Niger and the USA showcase how innovation in design, construction, and materials deliver sustainable infrastructure that excels in social, ecological, and economic… 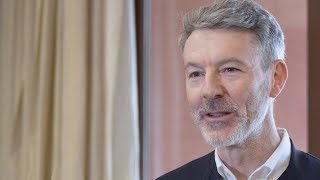 “The better we understand the materials we’ve got, the sooner we can start to deal with their problems,” summarized … 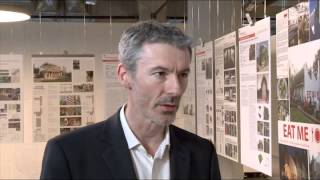 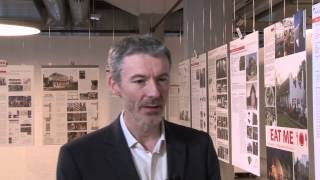 "I think a lot of innovation is driven by competitions and people actually striving to achieve those things. By putting … 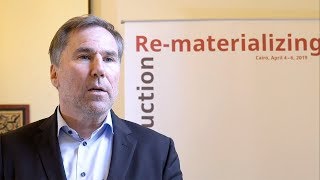