His column appears on Sundays in the newspaper and at FreepOpinion.com.

He is also host of WDET-101.9 FM’s Detroit Today talk show. The radio station license is held by Wayne State University, which also provides free space for the station.

He won a Pulitzer Prize in 2014 for his unflinching examination of Detroit’s financial collapse that gave readers a sobering overview of the past and a hopeful road map for recovery. He is also winner of the 2014 National Association of Black Journalists Journalist of the Year Award.

A Detroit native, he is a graduate of the University of Michigan.

He has been a reporter, editorial writer and editor for the Free Press, the Lexington (KY) Herald-Leader, the Chicago Tribune and the Baltimore Sun.

Before returning to Detroit in 1997, he spent four years covering the US Supreme Court for the Knight Ridder (now McClatchy) Washington Bureau.

Stephen Henderson was a keynote speaker at the 5th International Forum for Sustainable Construction dedicated to “Infrastructure Space” held April 7-9, 2016 in Detroit, USA. 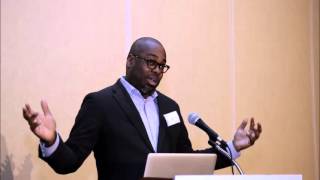