Richard Hassell is Co-Founder of WOHA based in Singapore.

He founded WOHA with Wong Mun Summ in 1994. The firm focusses on the integration of environmental and social principles at every stage of the design process. WOHA’s architecture is guided by the local context and culture, and above all, by the local climatic conditions, which determine every energy-saving strategy. WOHA’s structures are designed to harmonize with and incorporate natural ecosystems, and to proactively encourage self-sufficient cities, which will have no need for the use of artificial energy.

WOHA have received several international awards for their work, including the Best Mixed-Use Building (2019), Best Tall Building Worldwide (2018), Urban Habitat Award (2015 & 2019) from the CTBUH, RAIA Jørn Utzon Award (2011), RIBA Lubetkin Prize (2011), Singapore President’s Design Award - Designer of the Year (2008), Aga Khan Award for Architecture (2007), and they have won seven separate categories in the World Architecture Festival, including the 2018 World Building of the Year for Kampung Admiralty. Their most awarded projects have been Oasia Hotel Downtown, the School of the Arts and the PARKROYAL on Pickering hotel in Singapore.

WOHA won a LafargeHolcim Awards Bronze 2017 Asia Pacific for their project “Floating University in Bangladesh”. The site of the project is polluted swampland within Dhaka. Working with the client, an NGO-run university by BRAC (Building Resources Across Communities), the project team proposes a building that floats above the pond. The project was praised by the independent jury for “setting a new benchmark for sustainability in Asia – and how a single building is conceived as a larger rejuvenation project for the city.”

WOHA launched Garden City Mega City: Rethinking Cities for the Age of Global Warming (Pesaro, 2016) at the 2016 Venice Biennale, which shares strategies for the exploding megacities of the tropical belt. In the book, WOHA shows how integrated landscape, architecture and urbanism can improve quality of life within high-density environments.

Richard Hassell is also a practising visual artist. His work intersects with the architectural practice, and explores complex geometries and tiling. His art is the subject of Strange Creatures: Complex Tessellations (2016) and was highlighted in “Repeat View” in Wallpaper magazine. With the launch of WohaBeing, a lifestyle furniture brand in a tessellated pavilion in Paris and in Milan in 2017, he further blurs boundaries between art, textiles, furniture, objects and architecture.

Richard Hassell was a member of the LafargeHolcim Awards jury for region Asia Pacific in 2020.

A jury of nine experts headed by Nirmal Kishnani, Professor of Architecture, School of Design & Environment, at the National University of Singapore, will evaluate entries in the 6th International LafargeHolcim Awards for the region of Asia… 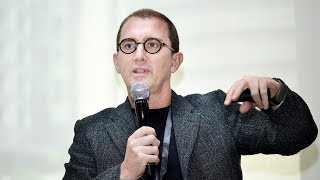