Rahul Mehrotra was a member of the concluding panel at the 5th LafargeHolcim Forum held in Detroit in April 2016.

4th Holcim Forum in Mumbai, India 2013: Green Mobile workshop - Compact city: This workshop aims at analyzing what differentiations need to be made with respect to specificity of site and society when evaluating the scale and density of a city. Pictured (in cap): Workshop expert, Rahul Mehrotra.

Rahul Mehrotra at the 4th Holcim Forum 2013 in Mumbai.

Rahul Mehrotra co-moderated the workshop “Informal Urbanism: between sanctioned and shadow orders” at the 2nd Holcim Forum held in Shanghai in 2007.

Rahul Mehrotra was a member of the concluding panel at the 5th LafargeHolcim Forum held in Detroit in April 2016.
» Download high-resolution version (JPG, 2.23 MB)

4th Holcim Forum in Mumbai, India 2013: Green Mobile workshop - Compact city: This workshop aims at analyzing what differentiations need to be made with respect to specificity of site and society when evaluating the scale and density of a city. Pictured (in cap): Workshop expert, Rahul Mehrotra.
» Download high-resolution version (JPG, 1.28 MB)

Rahul Mehrotra is Professor of Urban Design & Planning in the Department of Urban Planning & Design at the Harvard University Graduate School of Design (GSD) in Cambridge, MA, USA.

He is a practicing architect, urban designer, and educator. His firm, RMA Architects was founded in 1990 in Mumbai and has designed and executed projects for clients that include government and non-governmental agencies, corporate as well as private individuals and institutions.

RMA Architects has also initiated several unsolicited projects driven by the firm’s commitment to advocacy in the city of Mumbai. The firm has designed a software campus for Hewlett Packard in Bangalore, a campus for Magic Bus (a NGO that works with poor children), the restoration of the Chowmahalla Palace in Hyderabad, and with the Taj Mahal Conservation Collaborative (a conservation master plan for the Taj Mahal). The firm also worked on a social housing project for 100 elephants and their caretakers in Jaipur as well as a corporate office in Hyderabad and several stand-alone houses in different parts of India.

His current research involves looking at India’s medium size cities and the broader emergent patterns of urbanism in India: focused on evolving a theoretical framework for designing in conditions of informal growth – what he refers to as the “Kinetic City”. He has run several studios looking at various aspects of planning questions in the city of Mumbai, under the rubric of “Extreme Urbanism”.

He was James Marston Fitch Historic Preservationist in Residence at the American Academy in Rome (Sept/Oct 2016). The select group of artists, practitioners, and scholars gather to pursue their work in an atmosphere conducive to intellectual exchange and innovation.

Rahul Mehrotra studied at the School of Architecture, Ahmedabad (CEPT), India, and graduated with a master’s degree with distinction in Urban Design from the Harvard GSD. In 1995, he founded The Bombay Collaborative, an architectural conservation practice that also acts as a consultant to the Mumbai Environmental Action Group, INTACH, the Orient Foundation, and various neighborhood and citizens’ groups in Mumbai.

He has written and lectured extensively on architecture, conservation and urban planning issues related to Mumbai. He has co-authored Bombay: The Cities Within (Eminence, 2001), which covers the city’s urban history from the 1600s to the present; Banganga: Sacred Tank (Eminence, 1996); Public Places Bombay (‪Max Mueller Bhavan, 1996); Anchoring a City Line: The history of the Western Suburban Railway and its headquarters in Bombay, 1899-1999 (Eminence, 2000); and Bombay to Mumbai: Changing Perspectives (Marg, 1997); as well as Conserving an Image Center: The Fort Precinct in Bombay (Urban Research Design Institute). Based on this study and its recommendations, the historic Fort area was declared a conservation precinct in 1995.

Rahul Mehrotra was a member of the jury of the Aga Khan Prize for Architecture in 2004.

The fourth cycle of the USD 2 million International Holcim Awards competition attracted more than 6,000 projects and visions in sustainable construction from 152 countries. The diverse geographic spread of entries and growth in submissions… 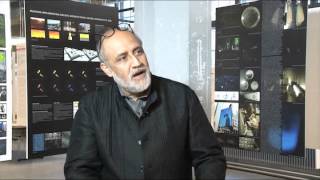 “Lessons Learned from Mumbai: Planning Challenges for the Compact City” in The Economy of Sustainable Construction