Guest speaker Mitchell Joachim, Co-Founder, Terreform ONE based in New York City presented his latest work at Terreform ONE on living architecture, concluding that natural disasters are raising public demand for real action.

Mitchell Joachim is Co-Founder of Terreform ONE and an Associate Professor of Practice in the Gallatin School at New York University (NYU).

Terreform ONE [Open Network Ecology] is a nonprofit architecture and urban design research and consulting group that promotes smart design in cities. Through its projects and outreach efforts, Terreform ONE aims to illuminate the environmental possibilities of cities across the globe. The group develops innovative concepts and technologies for local sustainability in energy, transportation, infrastructure, buildings, waste treatment, food, and water.

Mitchell Joachim was previously an architect at the offices of Frank Gehry and I M Pei. He holds a BPS in Architecture from the State University of New York (1994), MArch from Columbia University (1997), MAUD from Harvard University (2002) and PhD from Massachusetts Institute of Technology (MIT) (2006). His professional interests include adapting ecological principles to architecture, city design, transportation, industrial design, synthetic biology, and environmental planning.

Wired magazine listed him on “The Smart List”; he was selected by Rolling Stone for “The 100 People Who are Changing America”; he is also featured in “The NOW 99” by Dwell magazine and “50 Under 50 Innovators of the 21st Century” by Images publishers. His design work has been exhibited at the Museum of Modern Art (MoMA) and the Venice Biennale (2014).

He is co-author with Maria Aiolova of Design with Life: Biotech Architecture and Resilient Cities on the work of Terreform ONE (Actar, 2019); XXL-XS: New Directions in Ecological Design (Actar, 2017); Super Cells: Building with Biology (TED Conferences, 2014); and Global Design: Elsewhere Envisioned (Prestel, 2014).

Mitchell Joachim won a LafargeHolcim Awards Acknowledgement prize 2017 in North America for “Cricket Shelter in New York”. The modular edible insect farm project was praised by the independent regional jury as an “exuberant architectural expression calling attention to the possibilities of insect farming”.

He was a speaker at the 6th International LafargeHolcim Forum for Sustainable Construction “Re-materializing Construction” held in Cairo, Egypt in April 2019.

Mitchell Joachim was a member of the LafargeHolcim Awards jury for North America in 2020.

Moving towards net zero emissions a is critical element of addressing climate change. Together, building and construction are responsible for almost 40% of global carbon emissions. Figures from the World Green Building Council attribute…

A jury of nine experts headed by Reed Kroloff, Rowe Family Dean, College of Architecture, at the Illinois Institute of Technology (USA), will evaluate entries in the 6th International LafargeHolcim Awards for the region of North America.…

Day Three, the final day, of the 6th International LafargeHolcim Forum commenced with the continuation of the four workshops on themes of Changing paradigms; Shifting the flows, pulling the strings; From manual to digital and vice versa;… 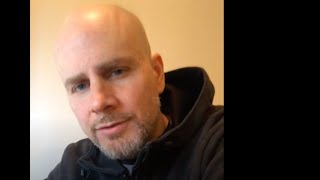 “Design against extinction” in Re-materializing Construction