Johnston Marklee & Associates are the Artistic Directors of the Chicago Architecture Biennial. Founding partner Mark Lee gave an introduction to the Biennale and the role of the Artistic Directors in selecting architects and artists whose eye-opening creations will invite the public to explore how the latest architecture can and will make new history in places around the world.

Johnston Marklee & Associates are the Artistic Directors of the Chicago Architecture Biennial. Founding partner Mark Lee gave an introduction to the Biennale and the role of the Artistic Directors in selecting architects and artists whose eye-opening creations will invite the public to explore how the latest architecture can and will make new history in places around the world.
» Download high-resolution version (JPG, 3.58 MB)

Mark Lee is a Founder and Principal of architectural firm Johnston Marklee & Associates of Los Angeles.

He shapes the firm’s collaboration with advanced research teams composed of innovative thinkers and designers from professional and academic disciplines. His expertise and immersion in both historical and contemporary construction methods and building practices has contributed to an award winning body of work which has been exhibited internationally.

Mark Lee is a faculty member of the Department of Architecture & Urban Design at the University of California at Los Angeles (UCLA) (1998-). As the coordinator of the Graduate Core Program, he is responsible for shaping the academic structure and content within the core sequence.

His architectural works include the Sale House, a new extension to an already famous building in the Los Angeles beachfront community of Venice Beach. Johnston Marklee & Associates won a 2019 Progressive Architecture (P/A) Award for the UCLA Margo Leavin Graduate Art Studios, praised by the jury for “opening up new possibilities for a typical warehouse and its thoughtful approach to make something that is banal and extraordinary”.

Mark Lee studied architecture at the University of Southern California, and the Harvard University Graduate School of Design (GSD).

He presented the paper Island Life in the working group, Common housing - gated communities at the inaugural Holcim Forum 2004 in Zurich and moderated the workshop Normative Urbanism: between convention and differentiation at the 2nd International Holcim Forum 2007 in Shanghai. He was a member of the Holcim Awards jury for region Asia Pacific in 2008.

Mark Lee and Sharon Johnston won a LafargeHolcim Awards Acknowledgement in 2017 for “Elemental Construction: UCLA Warner Graduate Art Studio renovation and addition, Culver City, CA, USA” – an addition to and adaptive reuse of a former wallpaper factory using elemental construction for the Graduate Art Studios at UCLA in Culver City, California. The project’s basic objectives are twofold: to rehabilitate existing urban and architectural elements – through adaptive reuse and complementary additions; and to frame a discourse on the role of mundane construction as the generator of space and form.

The focus of the second day program of the LafargeHolcim Awards ceremony North America was on architecture in the city of Chicago. Mark Lee, Artistic Director of the Chicago Architecture Biennial 2017, introduced the participants to the… 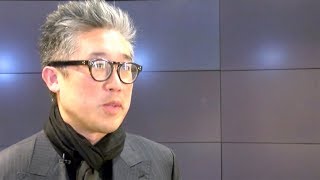