Gloria Lee is a Founding Partner of Swift Lee Office (SLO), based in Los Angeles, USA.

She co-founded SLO with Nathan A Swift in 2000. Prior to establishing SLO, she worked at Mack Architects, playing a key role in the design of many of the award winning single and multi-family residential projects, and at DMJM in Los Angeles where she gained extensive knowledge in public and commercial design.

She is a member of the Board of the Los Angeles Forum for Architecture & Urban Design, the Korean American Scholarship Foundation, and the Korea Arts Foundation of America.

She is recipient of the Oberdick Teaching & Research Fellowship (2001/02) at the University of Michigan. She has taught summer programs at Sci-Arc, USC, and Harvard University – and has been a guest critic at USC, UCLA, Sci-Arc, Otis and Woodbury.

Gloria Lee was a Lab Operator in S-Lab dedicated to small-scale projects at the 1st “Next Generation” Awards Lab held in New York City in September 2015.

This is the fifth time the LafargeHolcim Awards competition is being conducted. Over the years, more than 200 projects have been awarded worldwide. More than half the winning projects have been built or are scheduled for completion soon.…

Swift Lee Office’s Net Zero Energy (NZE) High-Performing School Prototype has been successfully built on three sites in California. SLO is now a contender to design and manufacture the prototype classroom buildings for the Los Angeles…

More than 50 Next Generation prize-winners from the 4th Awards competition met in New York to exchange ideas about the future of sustainable construction. Projects and teams represented Argentina, Austria, Bangladesh, Brazil, Canada, China,… 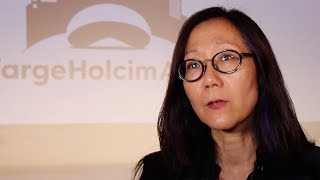