L’ŒUF was formed by Daniel Pearl with Mark Poddubiuk in 1992. Current partners include Daniel Pearl, as well as Bernard Olivier and Sudhir Suri. The firm concentrates on sustainable architecture, urban housing, residential and commercial renovation, as well as in research, critique and theory.

L’ŒUF developed its reputation particularly in sustainable and environmental architecture, and maintains an active involvement in the academic, professional and community context. L’ŒUF members, as architects, support the fact that they are stewards of a built environment that is dignified, human, pleasant, functional, sustainable and sensitive to the environment.

Daniel Pearl has developed important working relationships with numerous innovative consulting engineers, both academically and professionally, such as structural engineer Jean-Marc Weill of Paris; as well as mechanical and bio-climatic engineers Trevor Butler of Kelowna, BC, Canada and Matthias Schuler of Transsolar, Stuttgart. He has coordinated these consulting engineers’ participation within the conceptual approach phase through Integrated Design Process (IDP). Over the past two decades, Daniel Pearl has been involved in and has led numerous design charrettes from individual scale buildings to sustainable community plans for 10,000 people.

He obtained a degree in architecture from McGill University (1985) and commenced his professional career in New Delhi with ARCOP. He worked with architect Michel Vinois (1987-91) and received a mention in the Prix d’excellence de l’Ordre des architectes du Québec for a house La Maison Sous Les Arbres (Résidence Neumark) (1992) and in the sustainability category for La Bergerie (2015).

He is a Professor at Université de Montréal (2001-) and has chaired of the academic committee for the Canada Green Building Council (CAGBC) since its inception in 2003. Since 2002, Daniel Pearl and Ray Cole, from the University of British Columbia have co-chaired three international symposiums on “Greening the Curricula”, where architecture students, faculty and practitioners from across Canada and parts of the United States, come together to explore creative ways to introduce environmental and sustainability issues into architectural education.

Daniel Pearl as co-investigator together with Michaël Kummert (Polytechnique Montréal) and Lisa Bornstein (McGill University) received funding of CAD 150,000 from the Trottier Energy Institute (EIT), Polytechnique Montréal to undertake a three-year research project to improve the energy efficiency of buildings at the neighborhood scale. The research project aims to develop a system of sharing and recovering heat that is efficient, profitable, and ethical.

Daniel Pearl has lectured extensively on L’ŒUF’s professional work and his interdisciplinary research. In the last few years he has lectured at the World Green Building Congress in Stuttgart (2012), and at Smart Citiesin Barcelona (2012), then at a follow-up Smart Cities conference in Bogota (2013) and ECOWEEK in Copenhagen (2013). L’ŒUF was a recipient of the Curry Stone Design Prize in 2017, honoring socially impactful design professionals and the influence of design as a force for improving lives and strengthening communities.

The LafargeHolcim Foundation released Benny Farm and Rosemont: Community-inspired housing in Canada co-edited by Daniel Pearl, which summarizes the most important points about the Benny Farm and Rosemont projects that exemplify L’ŒUF’s engagement in the field of sustainable construction. The publication described social housing projects include major innovations with respect to building envelope, energy efficiency, thermal comfort, and interior air quality that are rarely seen in this depth at this scale for affordable housing.

A new book published by the Holcim Foundation for Sustainable Construction examines three progressive and influential projects by Montreal-based architects L’OEUF. Their approach to sustainable design enables social inclusion and ensures an…

The rehabilitation of Benny Farm as sustainable subsidized urban housing puts forth a new model for neighborhood development with strong community integration in the design process.

USD 1 million in prize money was awarded to the best sustainable construction projects entered in the first global Holcim Awards competition. Joint winners of the Holcim Awards Gold were an urban integration project in Caracas, Venezuela,… 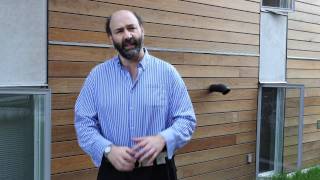