Architect Bruno Stagno in front of the Holcim Costa Rica office building: named one of the most outstanding projects of 2005 by the Mexican Society of Architects, and identified by Spanish “GEO Magazine” as one of five exceptional sustainable buildings on the planet.

Architect Bruno Stagno in front of the Holcim Costa Rica office building: named one of the most outstanding projects of 2005 by the Mexican Society of Architects, and identified by Spanish “GEO Magazine” as one of five exceptional sustainable buildings on the planet.
» Download high-resolution version (JPG, 1.06 MB)

He is also the Founder and Director of the Instituto de Arquitectura Tropical (Institute for Tropical Architecture), which combines concepts of tropical architecture with those of international contemporary architecture.

Bruno Stagno focuses his practice on the communion of building with nature, juxtaposing tradition and innovation. His work embodies the principles of critical regionalism in a time where globalization is the dominant force. Bruno Stagno has developed an intense activity, focusing on the maximum exploitation of climate characteristics of the tropics, logical use of materials, and emphasizing tropical biodiversity in the landscape. He endorses the concept of “more design than technology” for sustainable architecture in developing countries.

Born in Santiago, Chile and a Costa Rican national, he studied architecture at the Pontificia Universidad Católica de Chile in Santiago and the École des Beaux Arts in Paris.

His work has been exhibited and collected in numerous publications and meetings such as Venice Biennale in 2004. He is the author of Bruno Stagno: An Architect in the Tropics (Asia Design Forum, 1999) and Ciudades Tropicales Sostenibles: Pistas Para Su Diseno (Instituto de Arquitectura Tropical, 2006). He is also co-author of Tropical Architecture: Critical Regionalism in the Age of Globalization (Academy Press, 2001).

Bruno Stagno was recipient of the Prince Claus Fund for Culture and Development Award (1997) and the First Award in Architecture at the 8th Santo Domingo International Biennial of Architecture (2006). He was awarded the Unión Panamericana de Arquitectos Award for his research and diffusion of tropical architecture in Costa Rica (2005) and was a finalist in the Livingsteel International Competition for Sustainable Housing, Kolkata (2006).

In 2015, he was awarded the Premio América, for his exemplary architectural career. This prize is awarded as part of the SAL - Seminarios de Arquitectura Latinoamericana (Latin American Architecture Seminars). He was elected as an Honorary Fellow of the American Institute of Architects, an honor bestowed for his significant contribution to architecture and society.

His design for the Holcim Costa Rica office building in San José reduces energy demand through natural lighting and ventilation, achieves this at a relatively modest cost, presents a striking and attractive appearance, and provides a stimulating work environment. The building was named by the Spanish version of GEO magazine as one of the five pioneering sustainable buildings on the planet. The project was the subject of a book published by the LafargeHolcim Foundation in 2006.

Bruno Stagno was a member of the LafargeHolcim Awards jury for region Latin America in 2005 and 2008, and was head of the jury in 2014.

Fairs, exhibitions and other types of conventions spotlight a city as well as its facilities. Yet, Ágora Bogotá, which won a LafargeHolcim Acknowledgement Prize in 2014, is a rather “discreet and silent” building. Where many were…

The fourth cycle of the USD 2 million International Holcim Awards competition attracted more than 6,000 projects and visions in sustainable construction from 152 countries. The diverse geographic spread of entries and growth in submissions… 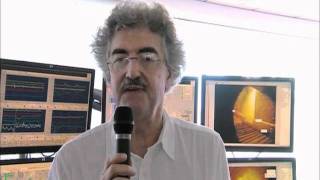 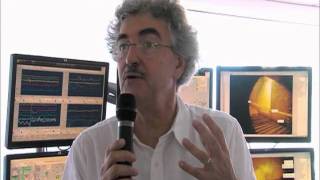