Bjarke Ingles is Founding Partner of BIG, Bjarke Ingels Group based in Copenhagen, Denmark and winner of the Global Holcim Awards Bronze 2015.

Global Award winner Bjarke Ingels from BIG - Bjarke Ingels Group (Copenhagen/New York) – “This project is about resiliency – it is about clever social solutions for generations to come.”

He founded BIG in 2005. Through a series of commissions won in design and architectural competitions, BIG quickly attained international recognition. The architectural practice’s work combines astute analysis, light-hearted experimentation, social responsibility and humor. Through careful analysis of various parameters from local culture and climate, ever-changing patterns of contemporary life, to the ebbs and flows of the global economy, he believes in the idea of information-driven-design as the driving force for his design process.

Bjarke Ingels studied architecture at the Royal Academy in Copenhagen and the Escola Tècnica Superior d’Arquitectura in Barcelona, receiving his diploma in 1998. As a 3rd year student he set up his first practice and won his first competition. From 1998-2001 he worked for the Office of Metropolitan Architecture, founded by Rem Koolhaas in Rotterdam. He was co-founder of the architectural firm PLOT Architects in 2001.

He was awarded the European Prize for Architecture (2010), the Golden Lion at the Venice Biennale (2004) for the Stavanger Concert House, and the Forum AID Award for the VM Houses (2005). He was appointed Knight of the French Order Arts et Lettres (2019) and the Knight’s Cross of the Order of Dannebrog (2018). He was named an Honorary Fellow by the American Institute of Architects (2020), the Royal Institute of British Architects (2015) and the Royal Architectural Institute of Canada (2014).

The Mountain, a concept for providing housing and parking space in Ørestad, received numerous awards including the World Architecture Festival Housing Award, Forum Aid Award and the MIPIM Residential Development Award. He was made an ‘Honorary Fellow’ by the Royal Institute of British Architects (RIBA) for 2016, for his contribution to world architecture. He was named one of the 100 Most Influential People in the World by TIME Magazine (2016).

Bjarke Ingels Group received an Aga Khan Award for Architecture (2016) together with Superflex and Topotek 1 for Superkilen in Copenhagen, Denmark. Superkilen provides a meeting place for residents of Denmark’s most ethnically diverse neighborhood and an attraction for the rest of the city, this project was approached as a giant exhibition of global urban best practice.

He presented the case study “Hedonistic sustainability” in the workshop Manage complexity - With integral solutions to an economy of means at the 3rd International Holcim Forum 2010 in Mexico City and was a member of the Holcim Awards regional jury for Europe in 2011.

He was a member of the winning consortium of the Global Holcim Awards Bronze 2015 and Holcim Awards Silver 2014 for North America. “The Dryline: Urban flood protection infrastructure, New York” is a large-scale integrated flood protection system to address the vulnerability of New York City to coastal flooding and proposes a protective ribbon in Southern Manhattan using a series of raised berms and other measures to create public spaces along the water’s edge.

The winners of the 4th Global Holcim Awards for Sustainable Construction have been decided – the trophies and USD 350,000 prize money go to projects in Colombia, Sri Lanka and the USA. All three prizes recognize architectural interventions… 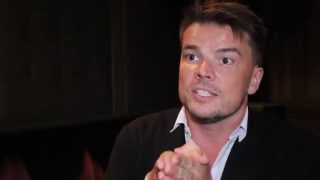 The founder of BIG – Bjarke Ingels Group explains how the design work of his office is driven by information. The …

"The Joys of Ecolomy" in Re-inventing Construction