“The Holcim Awards show that ideas which are vital for the future of this planet can be realized.” – Aaron Betsky, Architect/critic, Director, Cincinnati Art Museum, USA.

“The Holcim Awards show that ideas which are vital for the future of this planet can be realized.” – Aaron Betsky, Architect/critic, Director, Cincinnati Art Museum, USA.
» Download high-resolution version (JPG, 335.02 KB)

Aaron Betsky is Director of the School of Architecture & Design at Virginia Tech (Virginia Polytechnic Institute & State University) based in Blacksburg, VA, USA.

He is an acclaimed author and critic on art, architecture, and design.

He was previously Dean of the School of Architecture at Taliesin (formerly Frank Lloyd Wright School of Architecture), which consists of Taliesin West in Scottsdale, Arizona, and Taliesin in Spring Green, Wisconsin, USA (2015-20); Director of the Cincinnati Art Museum in Ohio, USA (2006-14), where he oversaw the renovation of the institution’s building and helped to raise USD 80 million.

He is the author of Architecture Matters (Thames & Hudson, 2017); Making it Modern: The History of Modernism in Architecture of Design (Actar, 2016); At Home in Sprawl: Selected Essays on Architecture (RMIT Univ Press, 2012), Out There. Architecture Beyond Building: 11th International Architecture Exhibition La Biennale di Venezia (Marsilio, 2008) and Violated perfection: Architecture and the Fragmentation of the Modern (Rizzoli, 1990). He has also written for The New York Times, Metropolitan Home, Domus, and Artforum. He has written treatises on aesthetics, psychology and human sexuality as they pertain to aspects of architecture. He is one of the main contributors to a spatial interpretation of queer theory.

Aaron Betsky was a member of the Global LafargeHolcim Awards jury in 2012. 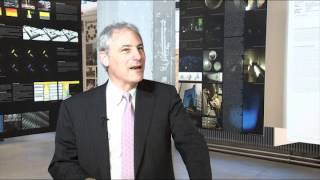 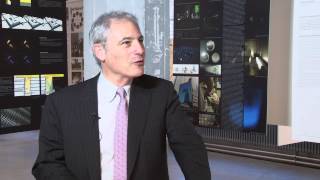 "The Holcim Awards show that ideas which are vital for the future of this planet can be realized." Aaron Betsky, …