50 Next Generation 2017 Awards winners from around the world met at the Universidad Iberoamericana (IBERO) in Mexico City to encourage progress towards sustainability in building and construction. The Lab provided a platform to further develop cutting-edge projects and exchange ideas in concurrent workshops across scales from micro to macro – from innovative materials and individual buildings, through to regional and global impacts.

To compliment the Lab workshops, the university students and young professionals were inspired by a welcome lecture by IBERO Director of Architecture, Urbanism & Civil Engineering, José Luis Gutiérrez Brezmes.

Tatiana Bilbao showed how an interdisciplinary team proposed an realized a large number of small architectural interventions for the botanical gardens in Culiacán, Sinaloa State in Mexico. The project is the embodiment of doing more with less to create areas to rest and for encounter, engaging people by combining art, recreation and education. She also explained her current research work on “the house” mentioning how important it is for architects to create a platform for people to live their own lives and not imposing their own ideas upon them.

It’s not about building, but about interaction and having a positive impact on society, explained Michel Rojkind. It’s about going beyond the standard program of design, experimenting with innovation. He showed the example of the Fora Boca, a concert hall (opened December 2017) in Boca del Río, Veracruz, Mexico that reconnects a formerly neglected area with the community - he called it social reconstruction by creating open spaces and possibilities for interaction.

The 25 teams were grouped into four Labs based on the scale of their project: small, medium, large, and extra-large (S, M, L, XL). Each team introduced its project in a condensed 10-minute presentation, followed by a discussion on the future of sustainability moderated by internationally renowned expert “Lab Moderators, Motivators and Reporters”. The four Labs then came together to present and discuss their findings.

The M-Lab – Architectural/Building Scale was moderated by Marilyne Andersen, Professor of Sustainable Construction Technologies and Dean of Architecture, Civil & Environmental Engineering, Swiss Federal Institute of Technology (EPFL) in Lausanne, Switzerland, and member of the Board of the LafargeHolcim Foundation.

The L-Lab – Urban/Regional Scale was moderated by Harry Gugger, Professor for Architectural & Urban Design at the Swiss Federal Institute of Technology (EPFL) in Lausanne; Principal of Harry Gugger Studio in Basel; and member of the Board of the LafargeHolcim Foundation.

25 countries were represented at the international LafargeHolcim Next Generation Awards Lab hosted by Universidad Iberoamericana (IBERO) in Mexico City. 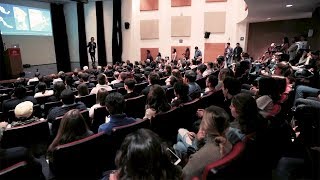 What’s next in sustainable construction? More than 50 young architects and engineers from 25 countries were inspired by … 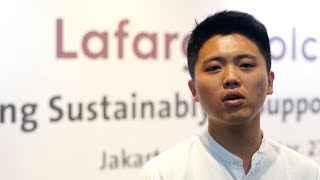