The 5th International LafargeHolcim Awards attracted more than 5,000 projects and visions in sustainable construction to be implemented in 131 countries. 1,836 projects passed the formal and quality checks and were assessed by independent juries in five regions of the world.

The prizes in the global phase of the competition were conferred in the second half of 2018. The jury of experts met in Zurich, Switzerland, in March 2018 and nominated the recipients of Global Awards Gold, Silver, and Bronze as well as three Global Ideas prizes.

In the regional phase of the competition in 2017, a total of 55 Awards, Acknowledgement and Next Generation prizes (11 per region) were handed-over to the winning teams at five ceremonies. The three main winners in each region automatically qualified for the global competition.

Read more about the global and regional winners, their projects and juries:

Next Generation Lab
Workshops for 50 young architects and engineers including the Next Generation prize-winning teams from 25 countries in Mexico City, Mexico

To mark World Water Week 2020, we celebrate LafargeHolcim Awards Next Generation winners – with a focus on design solutions for climate… 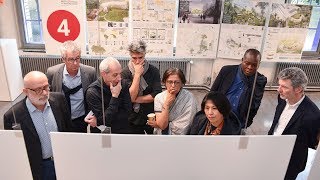 Nine members of jury, an observer and a minutes taker spent a full day studying, evaluating and ranking 55 projects that … 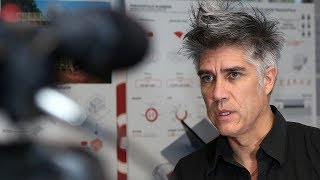