Yolanda Kakabadse, President, WWF International, Ecuador and was a member of the Global Holcim Awards jury in 2015.

Enrique Norten, architect (Head), Principal and Founder of TEN Arquitectos, Mexico/USA and Yolanda Kakabadse, administrator, President of WWF International and Chair of the Advisory Board of Fundación Futuro Latinoamericano, Ecuador at the Global Holcim Awards jury meeting 2012 in Zurich, Switzerland:

Yolanda Kakabadse was a member of the concluding panel at the 3rd International Holcim Forum “Re-inventing Construction” held at the Universidad Iberoamericana, Mexico City in 2010.

Yolanda Kakabadse was a member of the concluding panel at the 3rd International Holcim Forum “Re-inventing Construction” held at the Universidad Iberoamericana, Mexico City in 2010.
» Download high-resolution version (JPG, 529.21 KB)

Yolanda Kakabadse Navarro is President of WWF, one of the world’s largest environmental organizations.

She is also Chair of the Advisory Board of Fundación Futuro Latinoamericano, a regional NGO dedicated to conflict management in Latin America, and former President of the IUCN (International Union for Conservation of Nature).

She has achieved pioneering work at grassroots level towards sustainable development and was also Chair of the Scientific & Technical Advisory Panel of the Global Environment Facility (STAP/GEF) 2005/08.

She was a member of the Board of the World Resources Institute, and is a member of the Board of Trustees of the Ford Foundation. She was the Joint-Coordinator of the United Nations Millennium Project Task Force on Environmental Sustainability. The Task Force focused on identifying ways in which the principles of sustainable development can be integrated into country policies and programs and reverse the loss of environmental resources.

She was founder and appointed executive director of Fundación Natura in Quito in 1979, where until 1990 she helped the foundation become one of Latin America's most important environmental NGOs. She also coordinated the participation of civil society organizations in the United Nations Conference for Environment and Development (Earth Summit) held in Rio de Janeiro in 1992. She was appointed Minister of Environment for the Republic of Ecuador from 1998 to 2000.

She has received the Insignia of the National Order for Merit as a Commissioned Officer of the Republic of Ecuador in 1990, the Global 500 Award of UNEP in 1991, and the Golden Ark Order, bestowed by Prince Bernard of the Netherlands in 1991. She also received the Zayed Prize in 2001 and a Doctor in Science (ScD) Honoris Causa from the University of East Anglia, United Kingdom in 2008.

Architect Milinda Pathiraja explains that the greatest benefit of winning the Global LafargeHolcim Award was the international exposure it gave Robust Architecture Workshop as a young architectural practice from Sri Lanka. “We were less…

15 projects out of more than 6,000 submissions in the 4th International Holcim Awards competition were acknowledged with Gold, Silver, or Bronze Awards in each of the five regions of the world. They are automatically qualified for the elite… 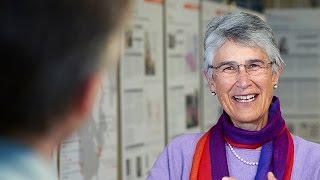 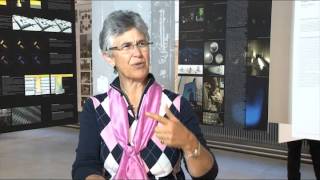 Yolanda Kakabadse, President of WWF and Chair of the Advisory Board of Fundación Futuro Latinoamericano, endorses the …