Meisa Batayneh Maani is Founder and Principal Architect at Maisam Architects & Engineers, Jordan and a member of the Board of the LafargeHolcim Foundation. Pictured at the Global Holcim Awards jury meeting in 2015.

Representative of the Global Holcim Awards jury, Meisa Batayneh Maani is Founder and Principal Architect at Maisam Architects & Engineers, based in Amman, Jordan.

Meisa Batayneh Maani, Founder and principal architect at maisam architects and engineers, Jordan and was a member of the Global Holcim Awards jury in 2015.

Meisa Batayneh Maani is Founder and Principal Architect at Maisam Architects & Engineers, Jordan and a member of the Board of the LafargeHolcim Foundation. Pictured at the Global Holcim Awards jury meeting in 2015.
» Download high-resolution version (JPG, 962.83 KB)

Meisa Batayneh Maani is Founder and Principal Architect at Maisam Architects & Engineers, based in Amman, Jordan.

She joined the Board of the LafargeHolcim Foundation for Sustainable Construction in January 2020.

She is experienced in multiple facets of design including architecture, planning, urban design and corporate and place branding.

Meisa Batayneh Maani studied architecture at the University of Texas, USA. She has led multi-disciplinary teams on large-scale international and regional projects in the USA, Pakistan, Cyprus, Saudi Arabia, Egypt, and the United Arab Emirates.

She has created regional landmarks and master plans for projects such as the Rift Bay Project at the Dead Sea in Jordan, New Ravi City in Lahore, Pakistan and the Umm Yafenah Islands in Abu Dhabi, United Arab Emirates. Her works include the New Terminal Building at Queen Alia International Airport in Amman, Jordan; the Amman Living Wall Mixed Use Project; and the Crystal City Development at the Dead Sea, Jordan.

She received the Architizer A+ Popular Choice Award (2015) and LEAF Award (2014) for A Gateway to Petra; and was recognized as the leading Arab Woman Architect by the committee for Arab Women Architects & Engineers (2015).

A jury of nine experts headed by Hashim Sarkis, Dean of the MIT School of Architecture & Planning, will evaluate entries in the Global phase of the 6th International LafargeHolcim Awards in 2021. The competition is currently open for…

The Board of the LafargeHolcim Foundation for Sustainable Construction has welcomed three new members to further support defining the strategies to encourage innovative approaches to sustainable construction. In addition, the Academic…

A construction training and community engagement project in rural Sri Lanka won the Silver prize in the most significant international competition for sustainable design and construction. Architects Milinda Pathiraja and Ganga Ratnayake…

15 projects out of more than 6,000 submissions in the 4th International Holcim Awards competition were acknowledged with Gold, Silver, or Bronze Awards in each of the five regions of the world. They are automatically qualified for the elite… 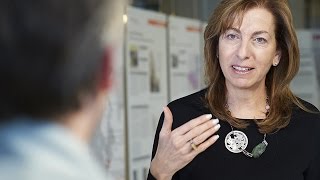